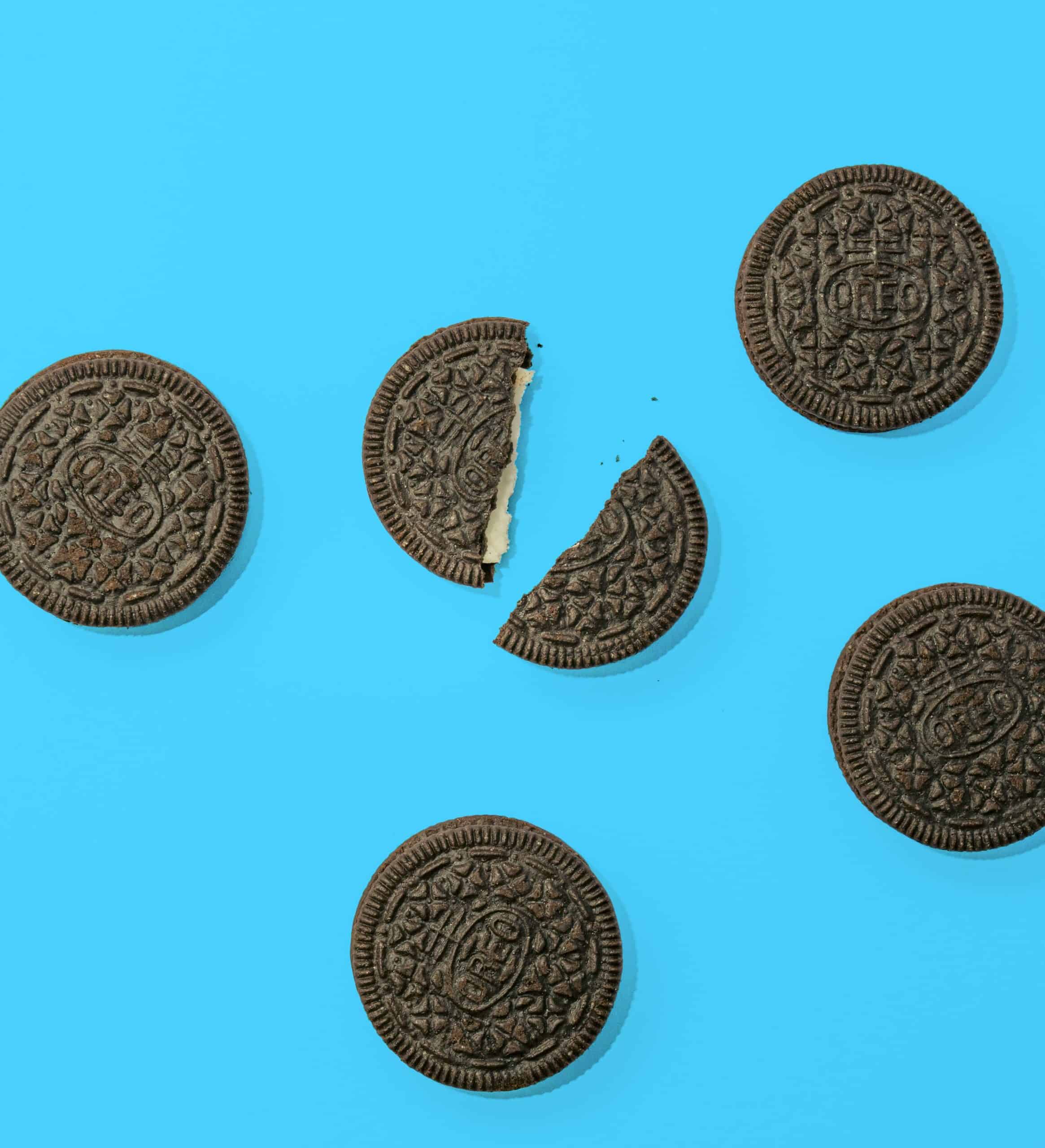 If you’ve read ingredient labels, you may be wondering why is palm oil in so many foods now. You are correct in thinking this wasn’t always the case. For most types of foods, palm oil was the exception rather than the rule.

This product stands out to me personally because this type of sandwich cookie is what first alerted us to my son’s palm oil allergy and intolerance.

We noticed whenever my son had generic Oreo’s his grandparent’s house, he would go from being completely fine to becoming congested and needing to use Kleenex. This would happen within minutes.

These were original sandwich cookies from Walmart, their Great Value brand.

It was so nice his grandparents would buy these for our kids… it was their “thing” to do which they wanted to be special.

But something in these cookies was causing him to have allergic reactions so we agreed he couldn’t eat them anymore. My son and I decided he should just say “no thank you” going forward.

While we hadn’t been reading labels regularly, we never remembered seeing ‘palm oil” on an ingredient label before.

We never heard of palm oil.

I had been buying the regular flavor and a few different flavors somewhat regularly from Target. In addition, for parties and for school functions, I would buy the large box of regular Oreo’s from Costco.

So we thought palm oil is what this cheaper Great Value generic version used; the palm oil in them was what made these cookies cheaper than the brand name, Nabisco cookies.

Late in 2017, we cross-referenced other foods that were causing my son to have allergic reactions. All of them contained palm oil.

Since then, we have worked hard to avoid palm oil. We read labels for every single food item before buying it.

In 2018, when I went to buy the Nabisco Oreo’s again, I was shocked to discover they listed palm oil in the ingredients.

As we continued reading labels, we learned that many of his favorite snacks and foods that were once palm oil free now were containing palm oil.

We tracked this closely, as it was / is very personal to us.

Palm oil makes my son sick. We didn’t want him to become sick as his reactions often included much more than “just” congestion. We wanted to know what foods he could safely eat.

In 2018, we started noticing that many packaged and processed foods were changing their ingredients to include palm oil.

Why is palm oil in so many foods now?

If it seems like most foods have palm oil in them now, that’s because many do. There are a few reasons for this.

Much of this has to do with the ban on artificial trans fats.

Artificial trans fats and trans fatty acids have been linked to many health issues. They were under the label of Partially Hydrogenated Oils (PHOs).

What are artificial trans fats?

They are the result of adding hydrogen to liquid vegetable oils in order to make them more solid.

Why did food companies use trans fats?

Why did companies add artificial trans fats to their foods, especially if there was controversy around these ingredients?

Companies want to make as much money as possible.

Trans fatty acids were cheap. It was less expensive for food companies to add artificial trans fats to their processed and packaged foods than to use “real” ingredients to give them the qualities they wanted.

Companies added them to foods as an inexpensive way to make foods creamy, to thicken foods, to add to the mouthfeel experience, and to make foods last a long time.

However, there was so much controversy around these ingredients that in 2015, in the United States, the Food & Drug Administration (FDA) decided they were no longer Generally Recognized As Safe (GRAS).

Note, trans fats that occur naturally in foods still exist. These are considered naturally-occurring trans fats. They occur in some meats and dairy products.

The FDA’s ban’s original deadline was June 2018. Products in the supply chain were still allowed to be on the shelves after that date. However, companies were not allowed to introduce new products to market that contained artificial trans fats.

The FDA then recognized it might take companies longer to find alternatives to trans fats so there was an extension until January 1, 2020.

Due to the health concerns, the World Health Organization (WHO) called on governments throughout the world to replace artificial trans fats from foods.

This made the issue to find replacements for trans fats a global issue. WHO released a guide to eliminate industrially-produced trans fats from the global food supply.

What do artificial trans fats do in foods?

PHOs made foods creamy as well as added to mouthfeel. They also extended the shelf-life of foods.

In the United States, some examples of foods that used artificial trans fats / PHOs were:

These are now the types of foods that contain palm oil. The trans fat ban is a big reason that palm oil is in so many foods now.

So many foods contained them… those foods now use palm oil instead. 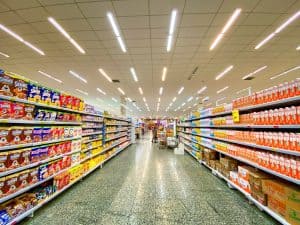 When we discovered my son having reactions from palm oil, (at the end of 2017 and into 2018) our family started reading all labels.

As the year processed, we were noticing how many packaged and processed foods that we thought were okay and safe for my son to have, now contained palm oil ingredients.

Even more frustrating, we learned that ingredients such as Mono- and Diglycerides, Glycerin, and Tocopherols — were often also made with palm oil.

While they may not have “palm” in the name, the ingredients are made from palm oil. These are called palm oil derivatives.

There are hundreds of names for palm oil derivatives.

We found Palm Oil, Palm Kernel Oil, Hydrogenated Palm Oil, and Mono- and Diglycerides on many boxes of cookies and crackers.

As companies were forced to eliminate artificial trans fats, many turned to palm oil.

Using palm oil in foods instead of PHOs

When you think about why food manufacturers used artificial trans fats in their packaged foods, it make sense that they turned to palm oil as a replacement.

In addition, it has many uses in foods, making it desirable to companies.

Palm oil mimics what artificial trans fats did in foods.

It makes foods smooth and creamy. Palm oil contributes to the mouthfeel. It doesn’t have a taste. Palm oil can be semi-solid at room temperature.

Most of all, it is cheap. Many companies would rather use palm oil to mimic an attribute rather than use a natural ingredient to create that attribute.

An example would be companies using palm oil in ice cream so they can use less real cream. Palm oil is cheaper than cream.

Palm oil is in many packaged foods

Because this issue is so personal to us with our son getting sick, and because we learned about the environmental concerns surrounding palm oil, we started this website to educate people about how common palm oil is in everyday products.

We want to give ideas to reduce palm oil demand.

We have written many posts about foods that now contain palm oil.

When you consider the list above in which we spelled out where trans fats were common, you will find these categories to be the ones to contain palm oil now. 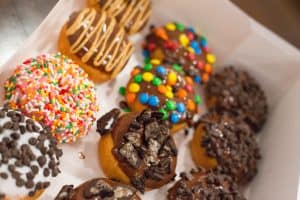 Palm oil is common in these foods now:

We compiled a big list of foods and brands that don’t contain palm oil.

When food manufacturers introduce new products and new flavors, many of them now contain palm oil.

Other food manufacturers never used artificial trans fats in their products but have learned that palm oil can be a cheap option as well.

It saves companies money — they can add it foods like ice cream and chocolate — to lower their costs on raw materials.

In addition, many companies changed existing products over to palm oil — in order to further save money.

We can think of several examples in which even after the ban, the companies changed their ingredients to include palm oil. We have lots of information on this in our post about candy.

Therefore, we learned to read labels every time before we buy foods, even foods we have bought for years.

What can you do?

When you go grocery shopping or shop for grocery online, think about the fruits and vegetables you can buy. 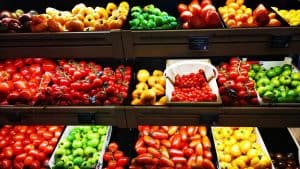 Think about the packaged foods you buy and what’s in them. What healthy snacks can you choose that have as few ingredients as possible?

Palm oil is in so many foods now because companies aren’t allowed to add artificial trans fats to foods.

Once palm oil became so common in foods, more companies started using it — even in foods that never contained trans fats.

Not only is palm oil very cheap, it is a versatile oil.

As manufacturers learned more about its uses, they started adding it as a cheap alternative to foods that didn’t contain artificial trans fats.

Palm oil is in so many more foods than ever before.

While we read labels, reference the list of names for palm oil derivatives, and email companies asking about their ingredients, the only way to be certain a product is Palm Oil Free is if it has been certified through the International Palm Oil Free Certification Trademark Programme.